Home decorating is something that everyone does, however, the style of your home might vary depending on where you live. You have likely noticed these differences if you've ever watched any popular home improvement or travel shows. Nothing is as clear as to what continent you're one as it's when you're looking at homes. So, what are those differences, and how did they come about? Let's find out.

In this post, we look at the differences between the interior design of European and American homes. Knowing the differences and how they came about is a great way to help you find the best style for your home. After all, there is nothing wrong with combining the best of both worlds.

Understanding the difference between the styles

Understanding the difference between the styles

The differences between the two styles have been influenced by many factors, including geography, climate, culture and history. While European settlers brought their building knowledge to North America, they had to rely on available resources to build their new dwellings, which adapted over time.

As more people migrated to America, their home styles evolved while European homes stayed the same. Over the years, urban planning has also played a role in home design and style of living.

One of the biggest differences between the two continents is size. American properties, including houses, condos and apartments, are significantly larger than the ones in Europe. While American homes continue to grow, European houses have remained static.

American properties are also larger, allowing more space between homes, while many European homes are smaller and clustered closer together. Larger properties also mean more outdoor spaces like backyards and a lot of space for families to spend time and entertain. There is a greater emphasis on insular living in America, where sprawling suburbs and car-dependent living.

In Europe, there is a greater emphasis on communal living and public spaces where people are more likely to socialize together. European neighborhoods are denser and allow people to have greater interaction with their neighbors as well as service providers and shopkeepers.

American homes tend to be more open and spacious, while European homes are more compact and cozy. In an American home, you’re likely to find a living room, kitchen and dining room all in one big open space. On the other hand, in a European home, these rooms tend to be smaller and separated from each other.

With more available space, American families have more bedrooms and bathrooms, often including guest bedrooms. In Europe, most people have fewer bedrooms and only one or two bathrooms that the whole family shares. American construction also incorporates larger, built-in closets, while Europeans have freestanding wardrobes and dressers instead.

When it comes to decorating their homes, Americans focus more on comfort while Europeans emphasize tradition. In America, you’ll find large, cozy furniture with a preference for quality fabrics and luxurious materials. The furniture in American homes tends to be modern, while in Europe, there is a greater emphasis on traditional pieces of furniture.

Europeans are more likely to mix and match styles for a simplistic and elegant aesthetic. Their furniture tends to be wooden and heavier, often passed on through generations and built to stand the test of time. However, Europeans are also about function and minimalism, so you'll also see a lot of simple, streamlined decor in their apartments.

When it comes to kitchens, Europeans tend to prefer hidden appliances and under-cabinet lighting, whereas Americans use their appliances as a focal point and prefer recessed lighting. Wooden floors are common across both continents, with Americans also preferring carpets in some parts of the house, while Europeans favor stone and marble floors in the kitchen.

There is a higher emphasis on energy efficiency in European homes than there is in American ones. This trend doesn’t just focus on energy-efficient appliances. It also relates to how European homes are built and what materials are used to heat and cool them, including stone, brick and concrete. Most European governments also have more stringent laws that push for maximum energy efficiency and insulation.

European homes and apartments are generally smaller, making them easier to heat and cool. The materials used to build them stem from centuries of construction practices that were meant to cool and heat homes before there was air conditioning and indoor heating. This helps to keep the down energy costs for heating and cooling. Americans, on the other hand, don’t have the same approach to energy efficiency as Europeans do, and their homes are not built to maximize energy

While there are many differences in styles between the two continents, both styles are a great source of inspiration for any home. You can easily design your home in any style you like with our Planner 5D design software. Find inspiration and ideas from other users and try out the different design styles, using furniture and finishings from our extensive library of items. Whether your tastes lean more towards American or European design, we have it all. 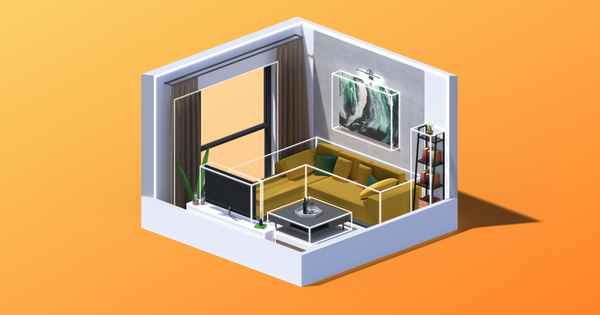 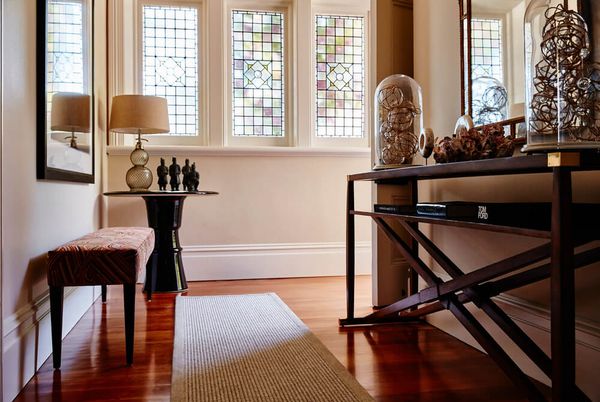 Here is how to incorporate this classic feature into your home decor. 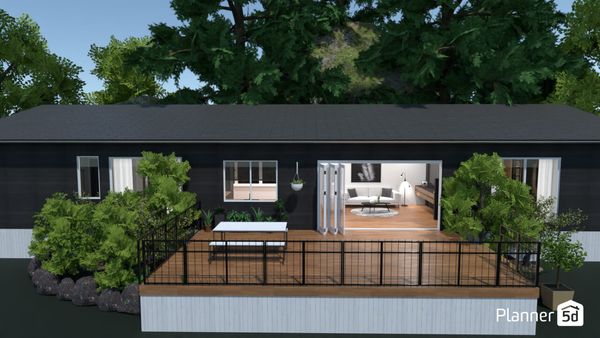 This week's design of the week is a mobile home project.