Films are a wonderful means to spend time, relax and have a good time. We fall into big puffy cinema seats with popcorns in our hands, we rest under warm blankets in front of screens at home or basically watch films anywhere with a laptop on our lap or a tablet in hands and just enjoy ourselves. Films tell various stories in various ways aiming to engage us from the very first till the last minute sparkling emotions that remain for years. Therefore, most of us can speak hours about the films we’ve seen, we love or hate, or which we’re planning to watch.

Though have you ever given thought that an interesting story with good picture is much more moving? To be more specific, you get engaged in music, locations, views, the gammut of colors, props and no doubt interior design. So, in order to show how much interior design means in films, let us share with you 10 exceptional interior designs from best-selling films.

One of the most welcome films of 2013 around the world, an adaptation of F. Scott Fitzgerald’s novel, The Great Gatsby tells a story of Nick Carraway getting carried away by luxurious lifestyle of Jay Gatsby and his magnum opus Daisy Buchanan. The Great Gatsby book has been recognized as 20th century's best American novel and the second best English-language novel of the same time. Though above all, this screening of The Great Gatsby has got an Oscar for Best Achievement in Production Design meaning set decoration too.

The second sequel of a legendary TV series Sex and The City 2 has distinguished itself with beautiful interior designs throughout the whole film. Not only have the girls once again demonstrated amazing cloth combinations, but also houses and interiors have caught the eye of many embodying a story awaited by a great many of around the world. So, as much as we adore what has already happened, still we’re on the tiptoes expecting that rumors of Sex and The City 3 is true.

Two characters played by such stars as Jack Nicholson and Diane Keaton find love in an older age under unexpected circumstances, when a successful playwright meets her daughter’s boyfriend, an older man with a taste for younger women. Then everything turns around. The beach house centers romance presenting beautiful interior design scenes at the same time.

The Devil Wears Prada is a film based on a novel of the same name by L. Weisberger which she has presumably written inspired by a personality of Ana Vintour, Vouge magazine editor. The plot centers around a young girl Andrea who starts a job as a co-assistant to a demanding editor of a fashion magazine. Keeping up with the job turns out to be a difficult and adventurous experience. And what’s for us, fashion world lets us enjoy good interior design as well.

Nominated for 5 Oscars, Amélie is a beautiful French story of a girl, Amelie who has an untraditional perception of life which she decides to use for a good purpose finding love at the same time. A mix of amazing music by Yann Tiersen, beautiful views of Paris and magical atmosphere is something you might want to see.

A fictional hotel hosts many stories of its exceptional dedicated employees and mysterious guests having a great many stories to tell. Nominated for 9, the film has received 4 Academy Awards with one for Production Design no doubt, and many other accolades.

The film tells a story of King George VI trying to cope with a stammer condition before being crowned a king, also becoming friends with his speech therapist. Therefore, royal interior designs especially of a last century could be of a great interest to you.

The Owen sisters have to use their powers to fight for the men they love as a family curse promises an untimely inevitable death for their lovers. The action takes place at a beautiful house that does not only hide magic, but also characterizes with beautiful interior design one can find a lot in.

A young woman suddenly experiences her beloved husband’s death and is devastated. Soon after, on her 30th birthday she gets a cake and a letter from her late husband written beforehand that should inspire her to create a life on her own and move on, followed by nine more letters at the end of each season. Each of them is finished with a message P.S. I Love You. 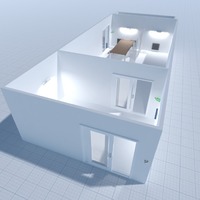 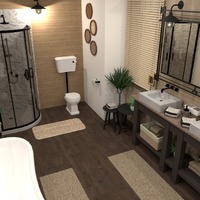 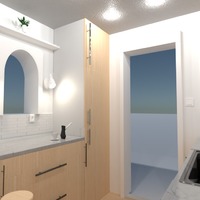